A Panasonic Lumix Ambassador and a Light & Motion "Champion of Light," Matthew Sutherland has been creating award winning Wedding FIlms for the last twenty years. Matthew is a graduate of UCLA's School of Theater, Film and Television and he's had a successful career both in front of and behind the camera. He is the owner of Matrimony Films and TIVA Cinematics, both cinematic production companies specializing in wedding, event and corporate film production. Matthew loves promoting Panasonic's Lumix cinematic camera gear and teaching filmmaking workshops across the USA and the rest of the world. 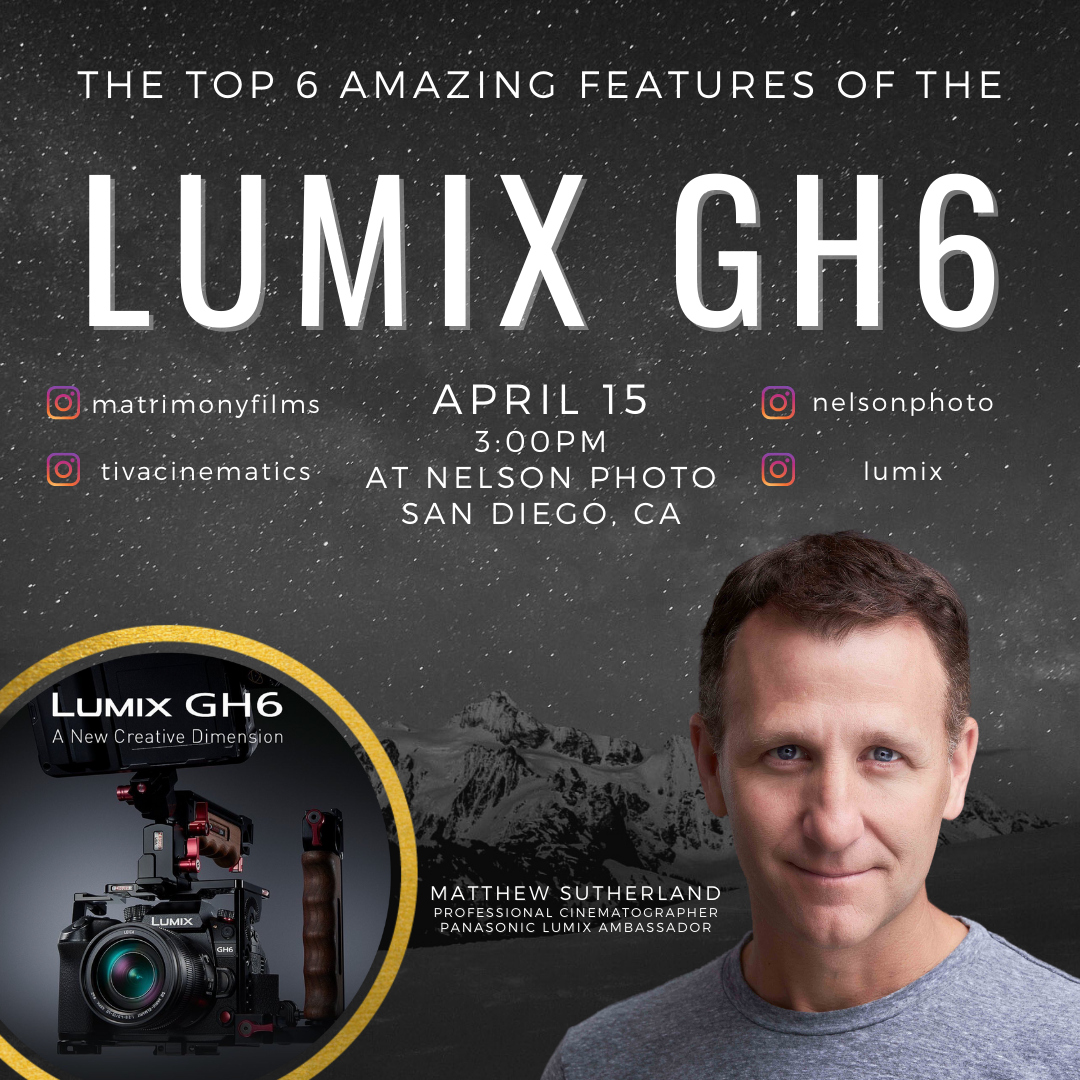 We'd love to hear from you.

get in touch with us